Basements, Not Garages: A Midwest Story of Innovation 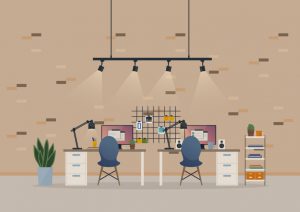 Office open space cabinet or basement work room with furniture like chairs and table, monitor with report windows and loudspeakers, stickers on brick wall and books with vase on rack, lamps and cup.

We’ve all heard the classic Silicon Valley story of innovation: Once upon a time (before the dot-com slump), young entrepreneurs sitting in their garage had a brilliant idea to change the world with technology. But, this is not that story. When Revation Systems was merely an idea, the year was 2003 and two telecomm industry veterans started working in their Minnesota basement to create what would become Revation Systems.

Those veterans, Mark Pietras and Perry Price, both had left their jobs at Fortune 500 companies to start their own business, creating a secure unified communications platform. Trading in their desks for a basement office, the two would spend the next five years transforming an idea into a mission to change the healthcare and banking industry.

Built in a Basement

Perry and Mark knew from the start that they wanted to be independently owned, but they did not have the necessary resources to market to the healthcare industry. In order to break into that conversation, they would need funding. Mark came from a technical coding background, and Perry had years of sales experience under his belt. They knew that if Mark could build the software, Perry could sell it. So, that’s what they did. They found a few investors who understood the software and their vision, and they hit the ground running.

With funding secured, Mark and Perry set out to create a secure and trusted platform that could both process and guard the large amounts of confidential information that would become integral to both the banking and healthcare industries.

They saw an opportunity for an encrypted chat system that was sorely needed in both the banking and healthcare spaces, sparking the idea for Session Initiation Protocol (SIP). SIP was designed for encrypted voice capabilities in real-time communications, making call centers effective and efficient. With this technology, it became easier to expand call center capabilities and help patients receive better customer service. Eventually, the banking industry would become interested in SIP when digital banking started to become more realistic (i.e., consumers needing to speak with a call center representative to troubleshoot when consumers transferred funds or made payments from home).

Revation would later expand to a virtual contact center system, LinkLive. As LinkLive evolved, it would provide secure and encrypted services, such as patient/consumer portals, routing and distributing, reporting tools and more. This eventually led to Revation becoming HITRUST-certified and HIPAA-compliant.

Recently, Revation released LinkLive 9.0, offering tone analysis capabilities through their human-connected chatbot, Reva. Reva is a lightweight artificial intelligence chatbot designed to ensure a quality customer experience by analyzing customer interaction and identifying sentiments such as anger and joy. Contact center agents can view their performance based on data in real-time during a conversation with a patient or customer.

While Revation has expanded past the days of working out of a Minnesota basement to co-headquarters in Minneapolis and San Francisco offices, Perry and Mark’s understanding of fundamentals still holds true. Revation continues to serve the highest level of security with the safety of their customers in mind. In a recent article with Banking CIO, CEO and co-founder Perry Price stated, “We did one round of funding a long time ago, since then we have always been self-sustaining, growing, and in control of our destiny. And now, the future looks bright, and we are quite excited for our endeavors in 2019.” 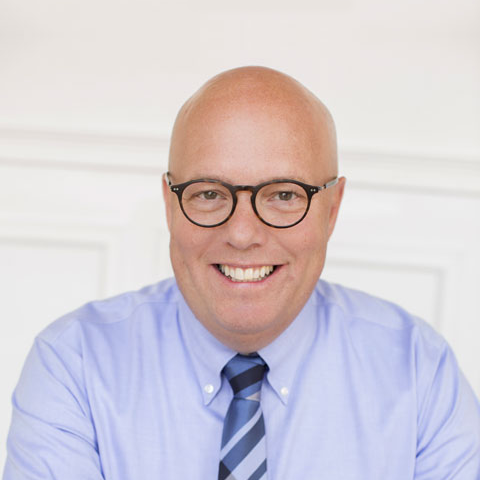 The Future of Healthcare: Top Trends Uncovered at AHIMA 2016

Using AI to Take Control of the Customer Experience

Defining the Next Generation of the Patient Experience